When the Bank of America Building in Troy, Michigan was purchased for $74 million in late 2017, the transaction represented the largest per-square-foot sales price paid for an office building in the region in many years.

P.R.E.P. is a unique and effective way for businesses to stay in front of emergencies and unexpected catastrophic situations. The program features a comprehensive scope of pre-disaster services, includes facilities assessments, business insurance evaluations, and the implementation of emergency planning protocols. Priority response in emergency or catastrophic situations, access to a Zolman call center available 24/7/365, the service of a dedicated account manager, rapid response, and mitigation and repair in the event of a disaster are also valuable components of the program. Best of all, P.R.E.P. is entirely cost-free. Not everyone has the ability to hire a dedicated risk manager for a building, so the P.R.E.P. program is a great way to meet civic and insurance guidelines, keep insurance rates down, learn how to act and react in the event of a loss, and ensure that an expert mitigation team already familiar with the property will be onsite.

While the 7-story, 450,000-square-foot structure was a state-of-the-art facility at the time it was built in 1987—it was approaching its third decade, and there were concerns about aging infrastructure.

The size of the building itself was also an issue, making an exhaustive pre-disaster survey a time-consuming and logistically formidable proposition.

The efficacy of Zolman’s preparatory work would be put to the test in a relatively short amount of time, as two potentially damaging and costly flooding incidents took place in the first three months after the P.R.E.P. agreement went into effect.

Zolman’s experts toured the building, conducting a comprehensive review of the facility and its supporting HVAC, plumbing, and electrical infrastructure. Detailed building plans were examined, and points of vulnerability and potential concern were identified. Areas where water would collect in the event of a water loss were highlighted, critical questions were asked and answered (Do you have a plumber? Who is your electrician? How do we shut off utilities? Who is your utility provider? Who maintains your sprinkler system?), and a disaster response plan was drafted.

The importance of a detailed survey was reinforced by the discovery that there were two rooms in the building that sealed automatically in the event of a smoke alarm, and the oxygen would be sucked out of that room as a fire prevention measure. For obvious safety reasons, that feature was included in disaster planning documentation.

Zolman experts also met personally with security officers, were granted key access to the building, and posted company insignia and emergency contact information with facility managers and security. Like all Zolman P.R.E.P. clients, building managers and security personnel had access to a proprietary app, where building-wide information and status updates are available in real-time. That combination of access and information is critical: when water is pouring into your building, minutes matter.

Zolman also took the time to coordinate with individual tenants—some of whom had engaged their own contractors—to ensure that everyone was on the same page both in terms of proactive measures and disaster response tactics.

After enrolling in the Zolman P.R.E.P. program in December, the building experienced two subsequent water losses, one in January and another in March. While one incident was relatively minor, it could have been much worse without a speedy Zolman response. The more significant of the two flooding incidents was reported at 7:00 p.m., and the Zolman account manager was inside the building in less than an hour. Security followed established P.R.E.P. protocol and called Zolman first, then the property manager. Zolman’s experts were on-site and already extracting water and setting up fans and dryers by at 11:00 p.m. The speedy response, unencumbered by security obstacles, helped limit drywall saturation and minimize the extent of the damage. The building has many subfloors, some of which were home to a series of electrical panels. Zolman’s familiarity with the structure and the location of those critical areas meant that trained disaster response personnel were able to locate and access the subfloors quickly and remove water out before more extensive issues arose.

TB Management representatives’ initial enthusiasm about the program proved to be both prescient and well justified. Losses were minimized, and a potentially costly and consequential disaster become more of a nuisance than a true catastrophe. The savings were significant, not just in raw dollars, but in terms of avoiding disruption and downtime that would have necessarily been a part of a larger loss if the P.R.E.P. program had not been in place.

Access and security clearance saved valuable time, and familiarity with the building not only made it possible for the Zolman team to respond quickly but made that response significantly more strategic and efficient. They were able to access critical areas and avoid cutting into walls when they already knew what was behind them. Similarly, had they not checked the water and known the design and location of the subfloors, cascading water could have shorted out electrical systems that would have made the situation much worse.

The client was grateful for the peace of mind that comes with partnering with an experienced emergency and disaster service provider, fully insured and certified by the Institute of Inspection, Cleaning and Restoration Certification (IIRC). In the final analysis, Zolman’s P.R.E.P. program helped to mitigate damage, expedite cleanup, and limit costs—all as a result of a unique and effective program that is entirely free for participants. 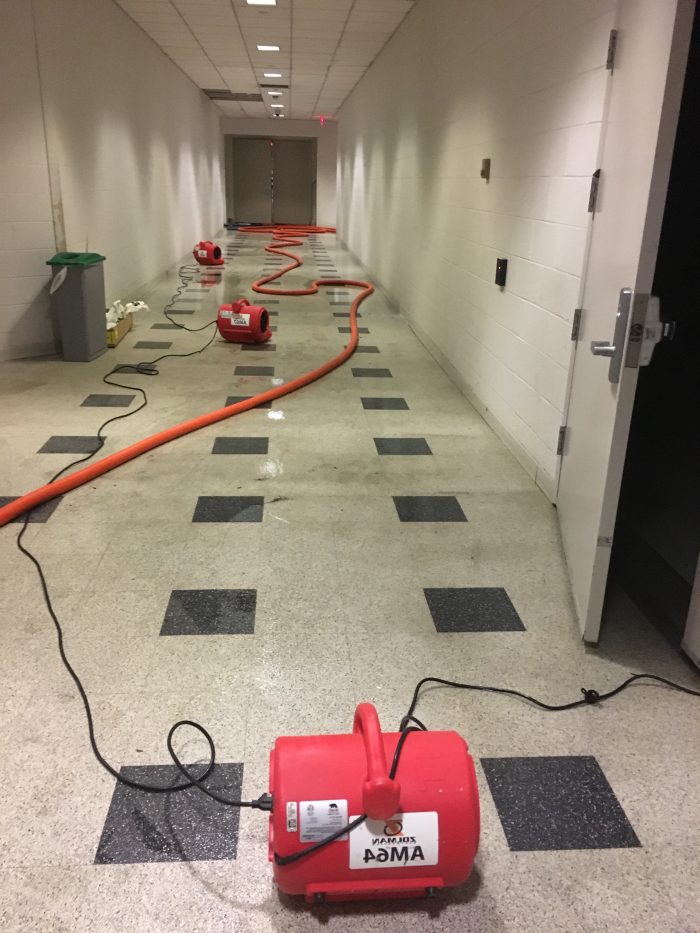 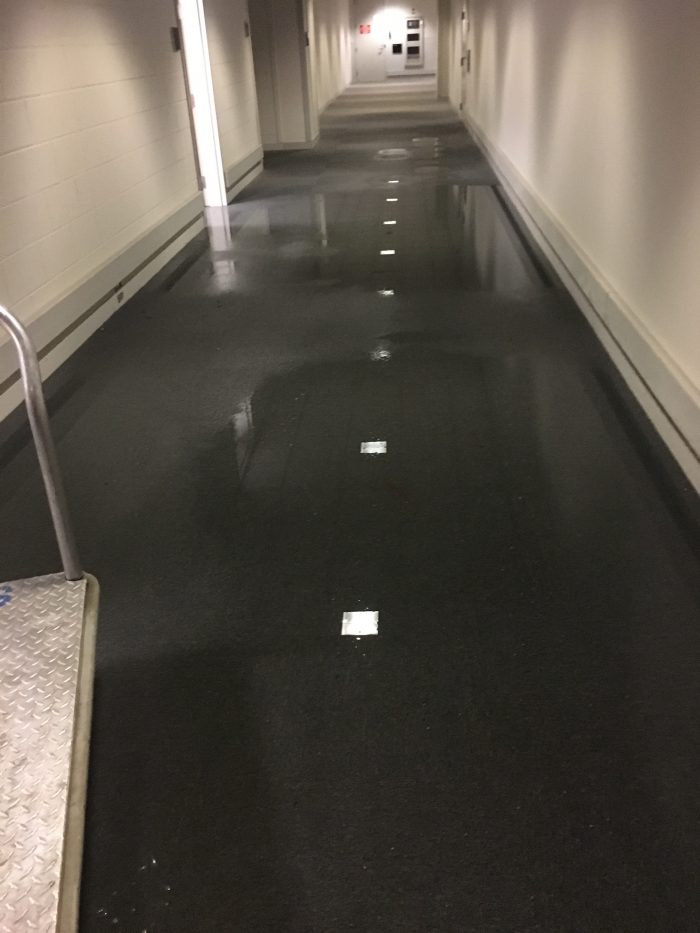